In both the original comics and the live-action movies, Splinter is the pet rat of a ninja named Hamato Yoshi in Japan. Intelligent for his species, Splinter is able to learn ninjutsu art by mimicking his master's movements while he practiced. Yoshi becomes embroiled in a dispute with a fellow ninja by the name of Oroku Nagi and is eventually murdered by Nagi's brother, Oroku Saki, who is seeking revenge for his brother's death. However, in the 1990 film and 2003 TV series Nagi is removed entirely. Additionally, in the 1990 film, Splinter escapes from his cage during the murder, and attacks Saki, clawing at his face. Saki, in turn, slices his ear off. It is suggested that this mutilation is the reason Saki took the Shredder disguise to hide the scars. In contrast, in the 2003 TMNT cartoon series, it was Hun's face which Splinter clawed. 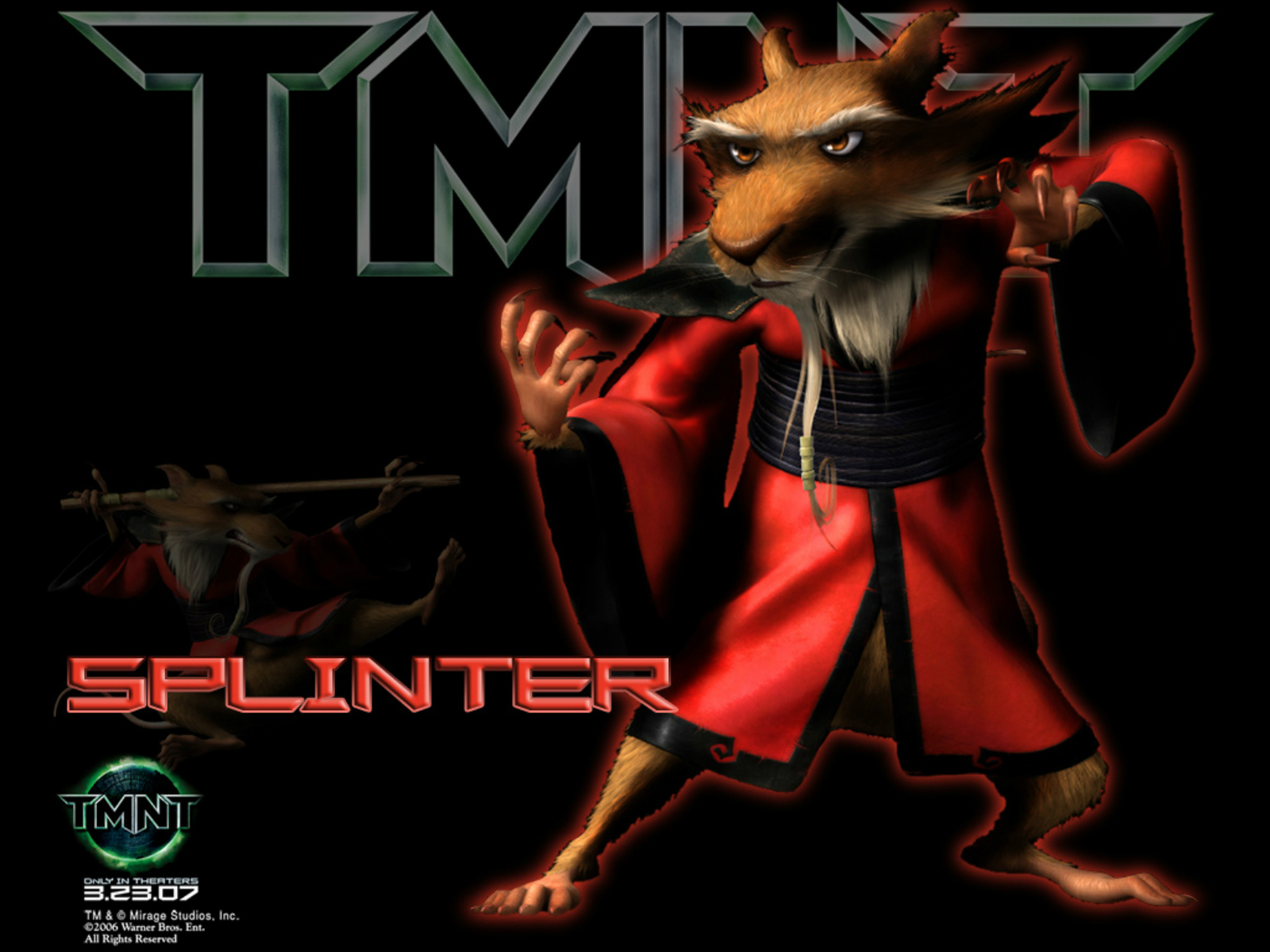 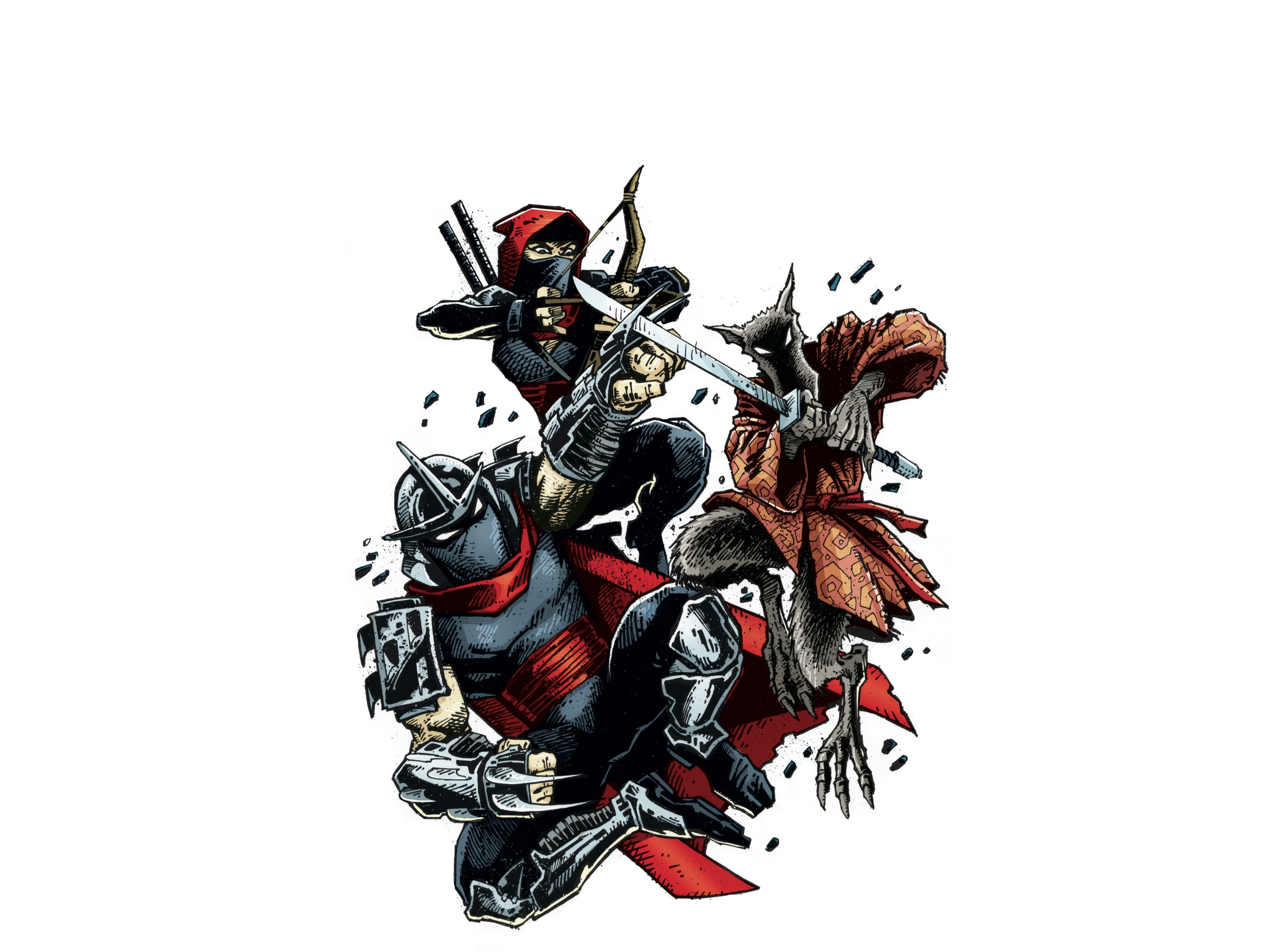 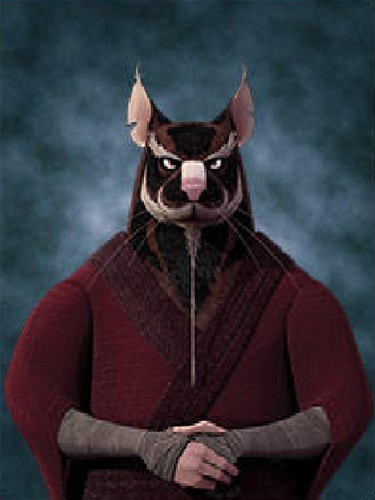 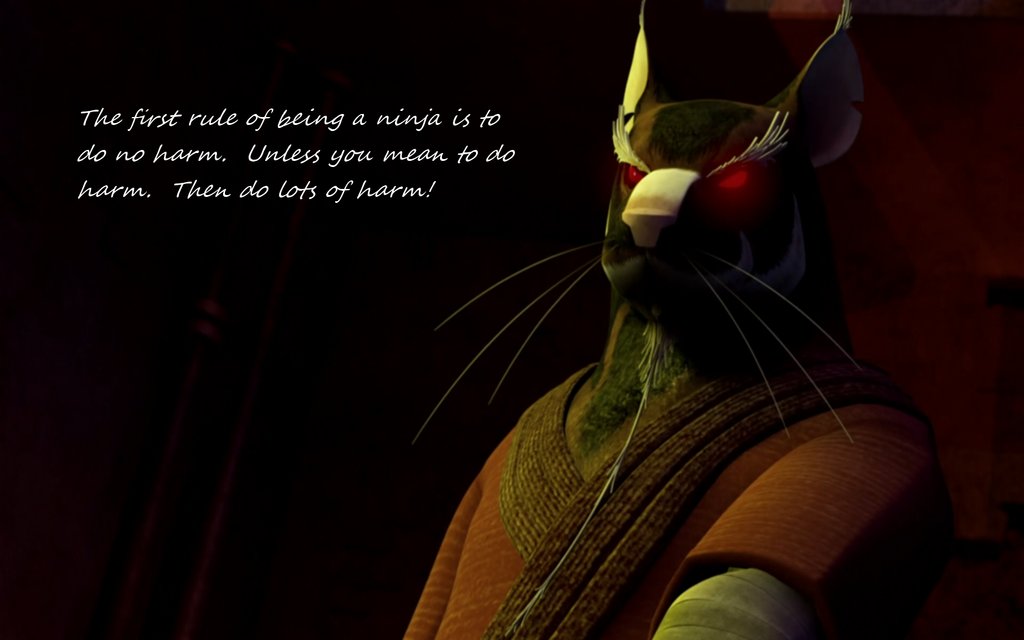 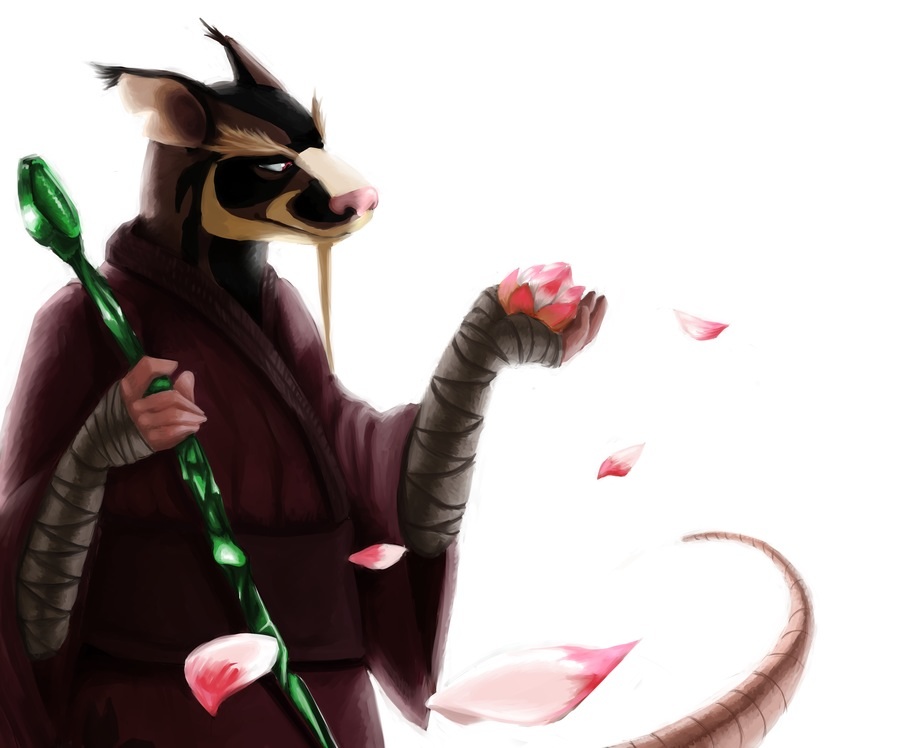