This species is a very large kangaroo with long, pointed ears and a square shaped muzzle [snout/nose]. They are sexually dimorphic as the males have short, red-brown fur, fading to pale buff below and on the limbs. Females are smaller than males and are blue-grey with a brown tinge, pale grey below, although arid zone females are coloured more like males. It has two forelimbs with small claws, two muscular hind-limbs, which are used for jumping, and a strong tail which is often used to create a tripod when standing upright. The red kangaroo's legs work much like a rubber band, with the Achilles tendon stretching as the animal comes down, then releasing its energy to propel the animal up and forward, enabling the characteristic bouncing locomotion. The males can cover 8–9 m (26. 2–29. 5 ft) in one leap while reaching heights of 1. 8–3 m (5. 9–9. 8 ft), though the average is 1. 2–1. 9 m (3. 9–6. 2 ft). 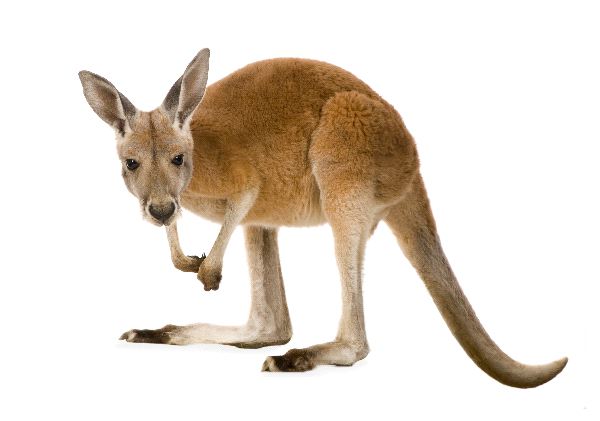 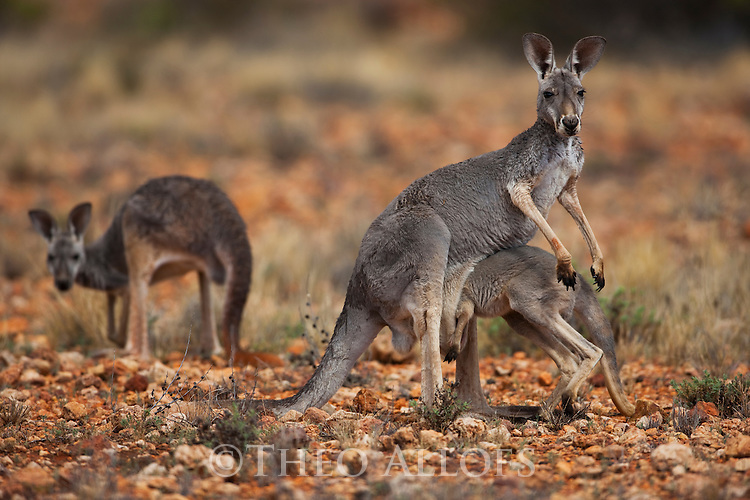 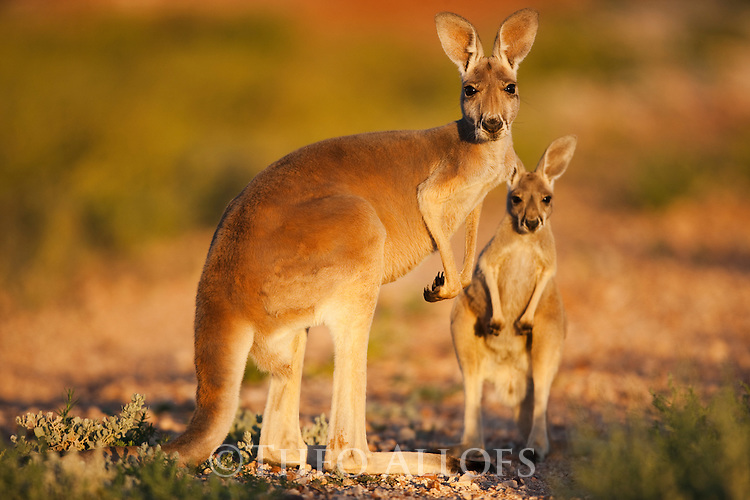 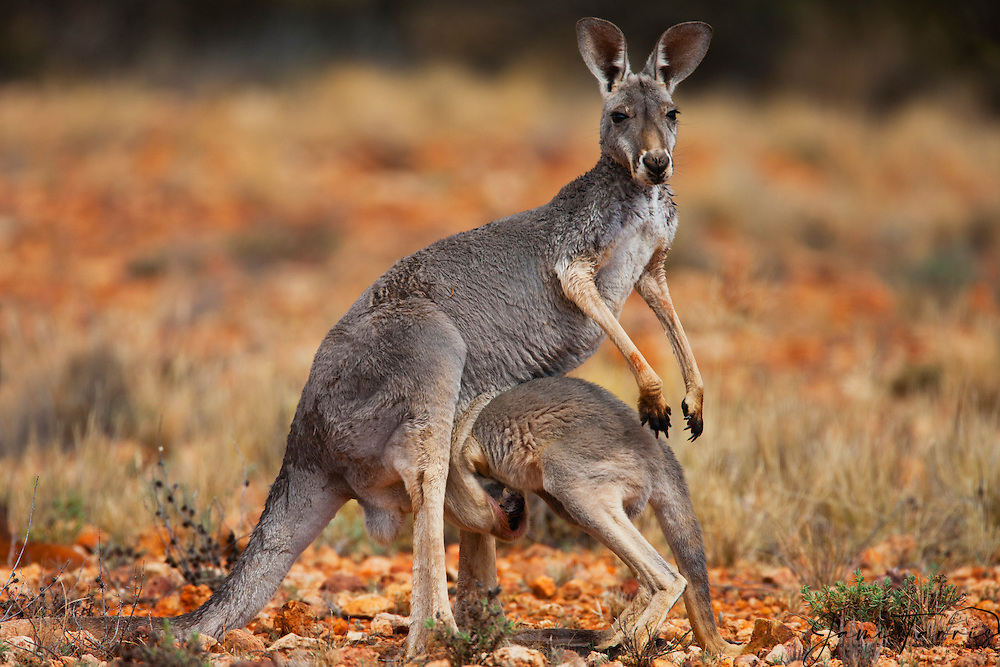 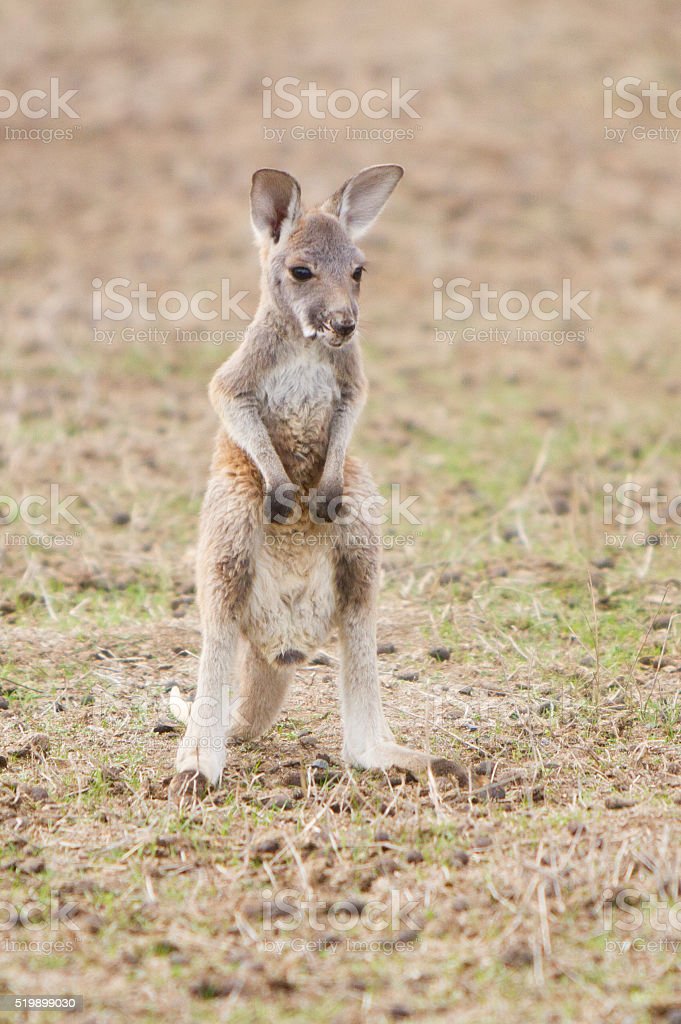 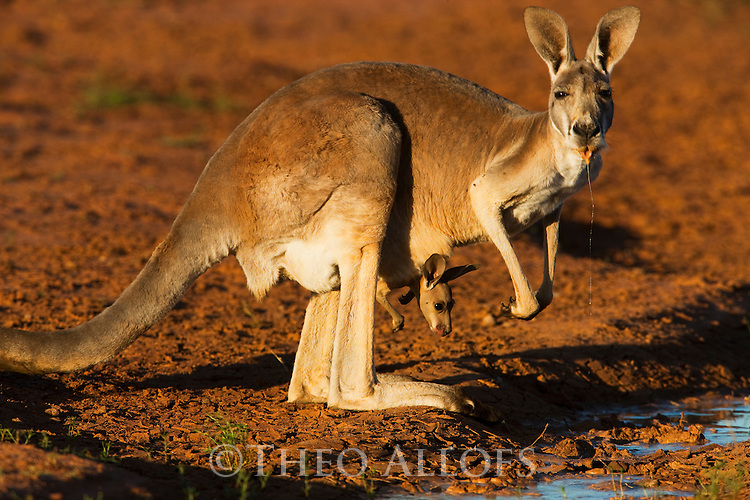 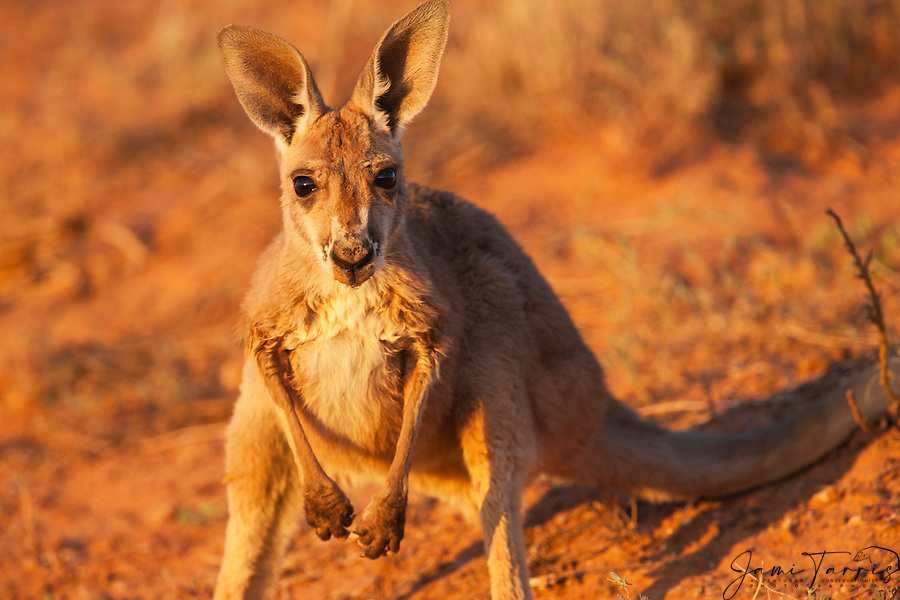 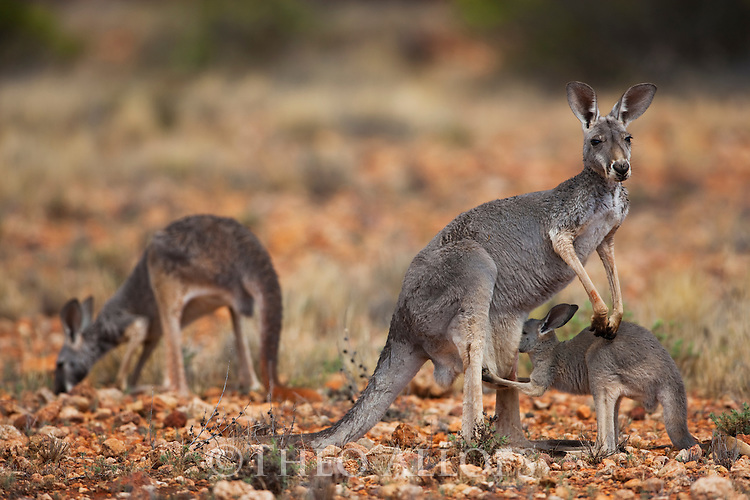 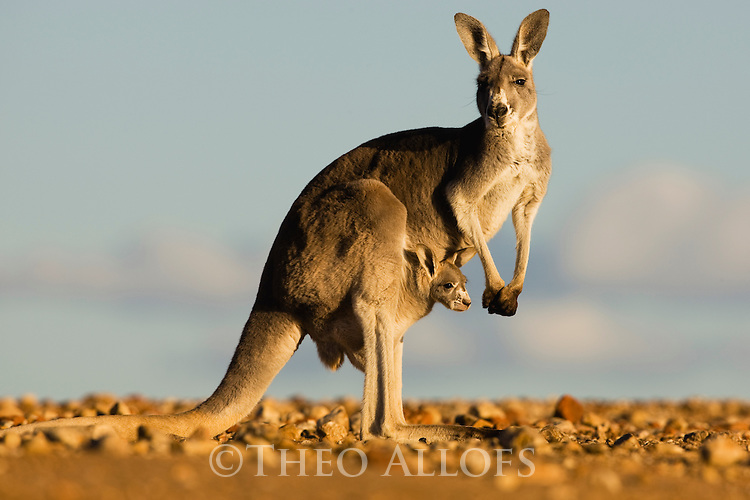 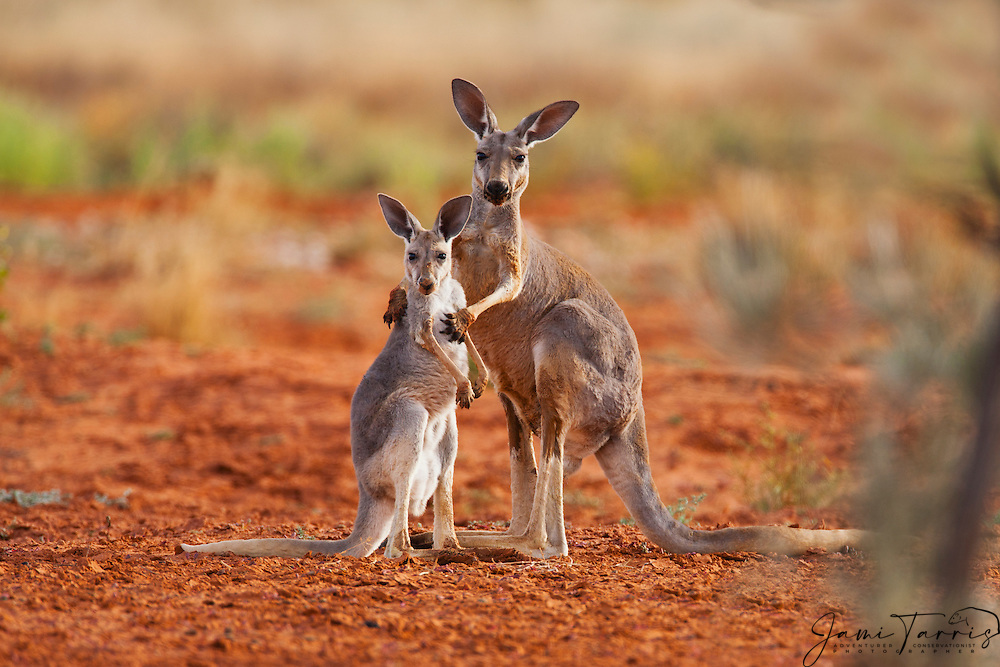 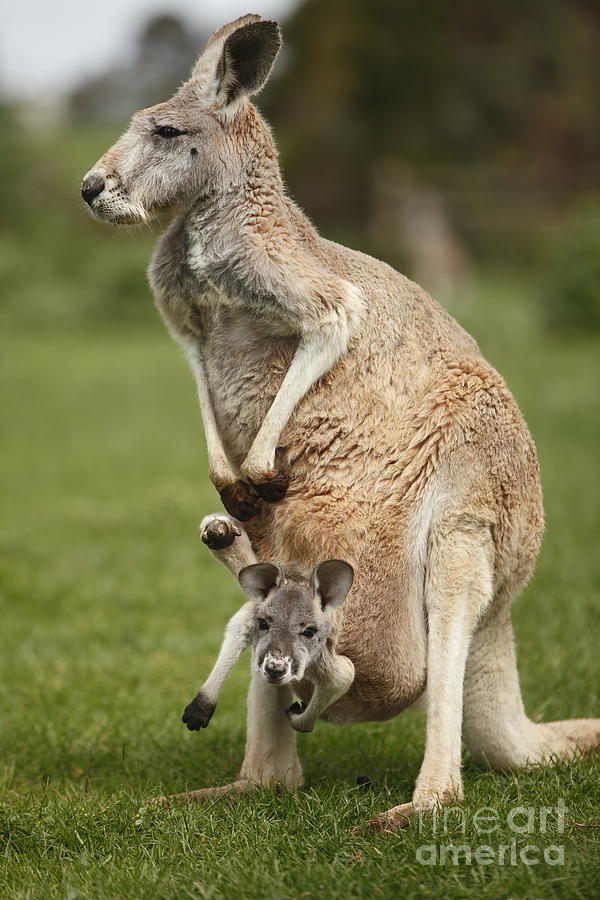 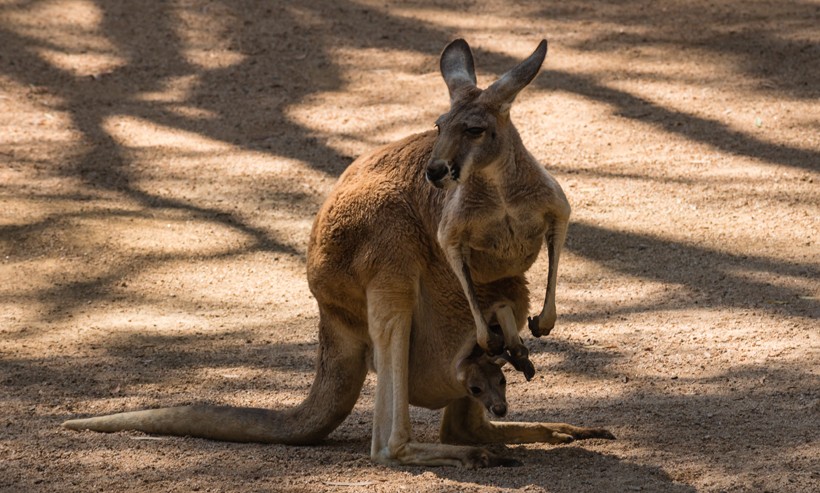 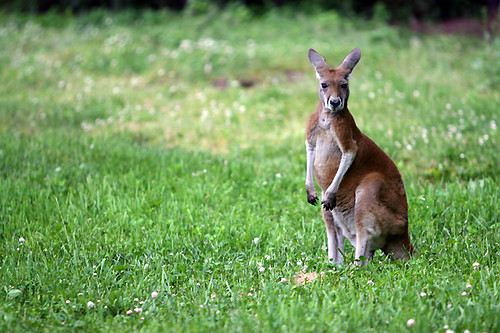 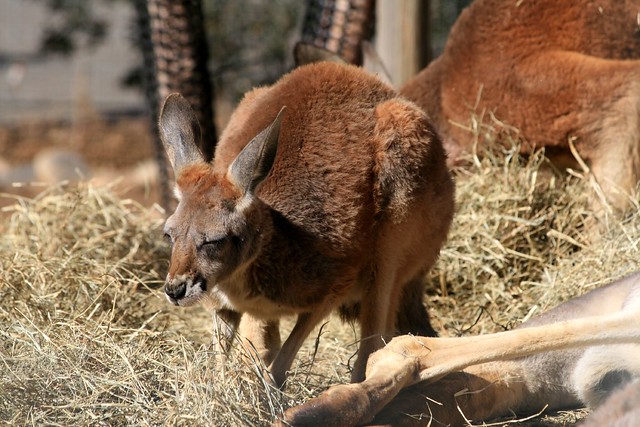 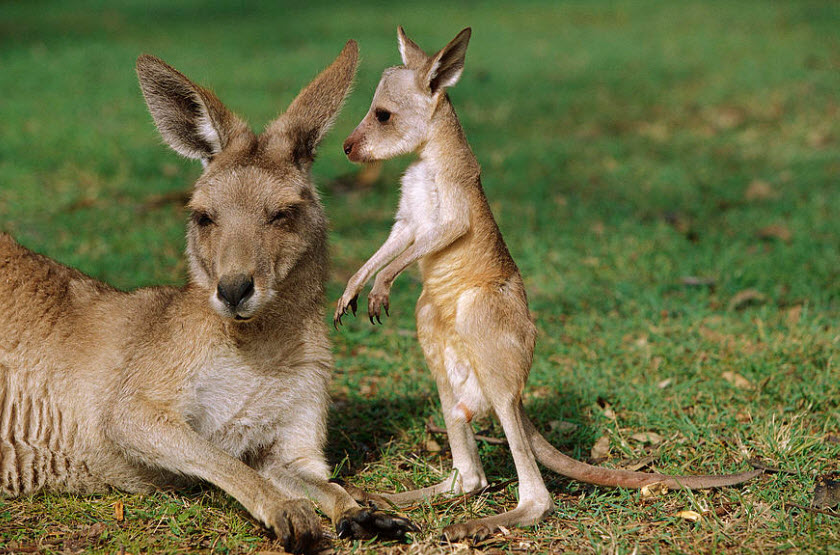 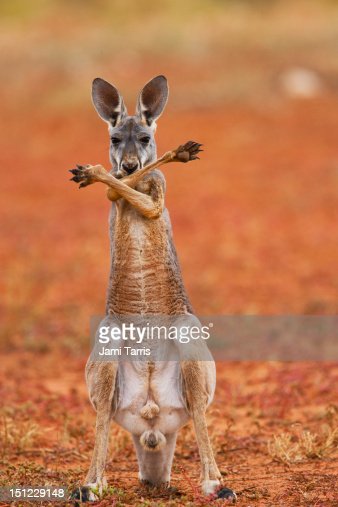