Xiphactinus (from Latin and Greek for "sword-ray") is an extinct genus of large (4. 5 to 6 metres (15 to 20 ft)) predatory marine bony fish that lived during the Late Cretaceous (Albian to Maastrichtian). When alive, the fish would have resembled a gargantuan, fanged tarpon (to which it was, however, not related). The species Portheus molossus described by Cope is a junior synonym of X. audax. Skeletal remains of Xiphactinus have come from the Carlile Shale and Greenhorn Limestone of Kansas (where the first Xiphactinus fossil was discovered during the 1850s in the Niobrara Chalk), and Cretaceous formations all over the East Coast (most notably Georgia, Alabama, North Carolina, and New Jersey) in the United States, as well as Europe, Australia , the Kanguk and Ashville Formations of Canada, and La Luna Formation of Venezuela. 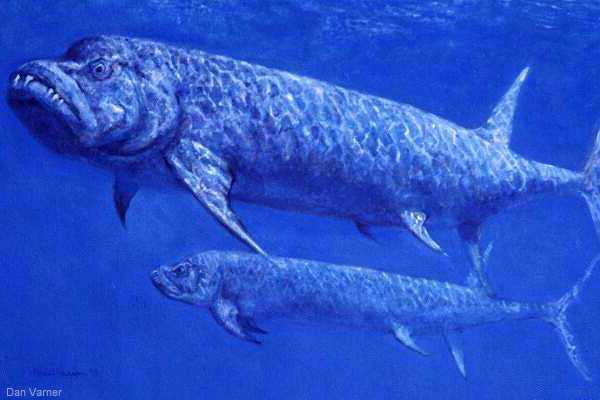 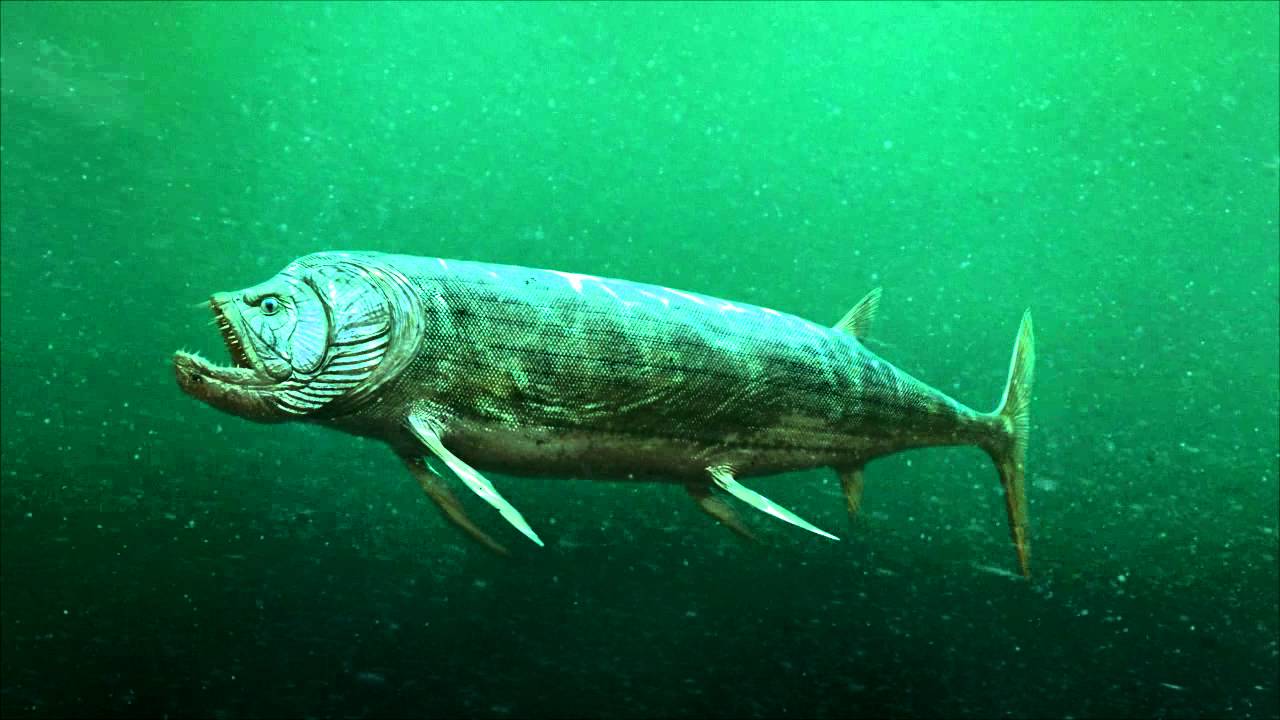 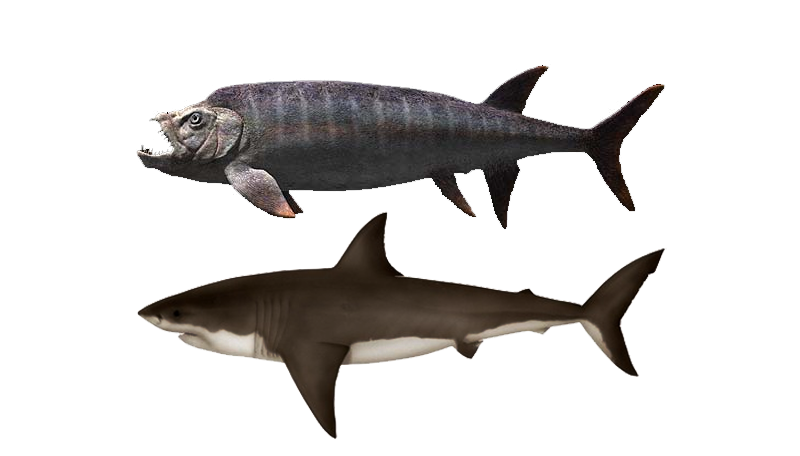 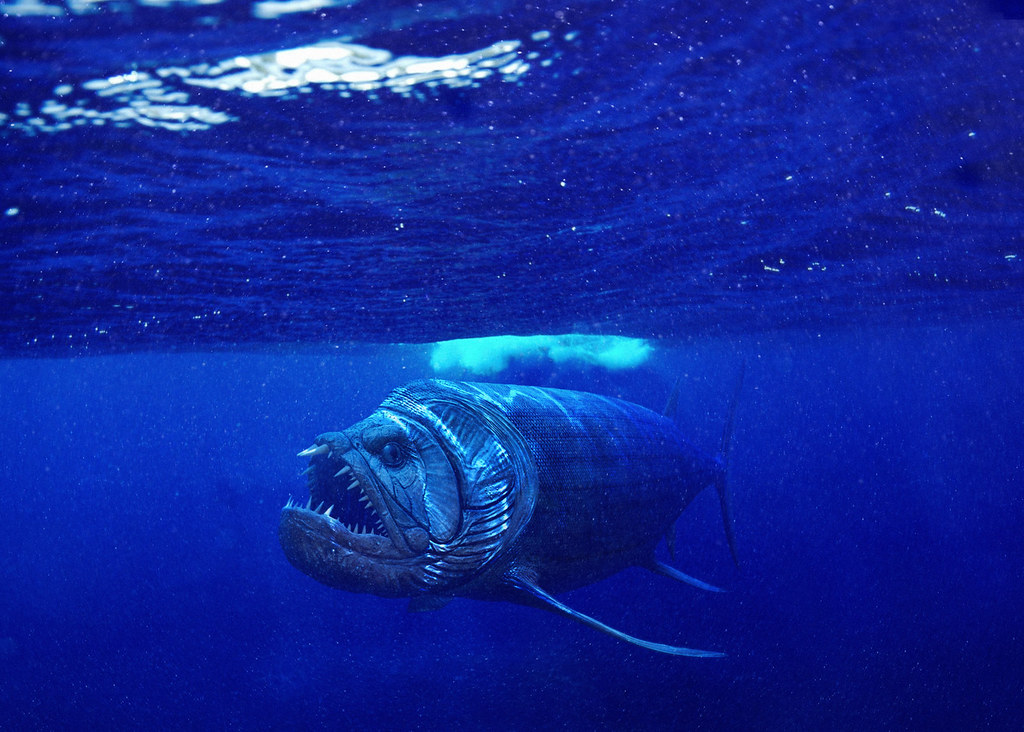 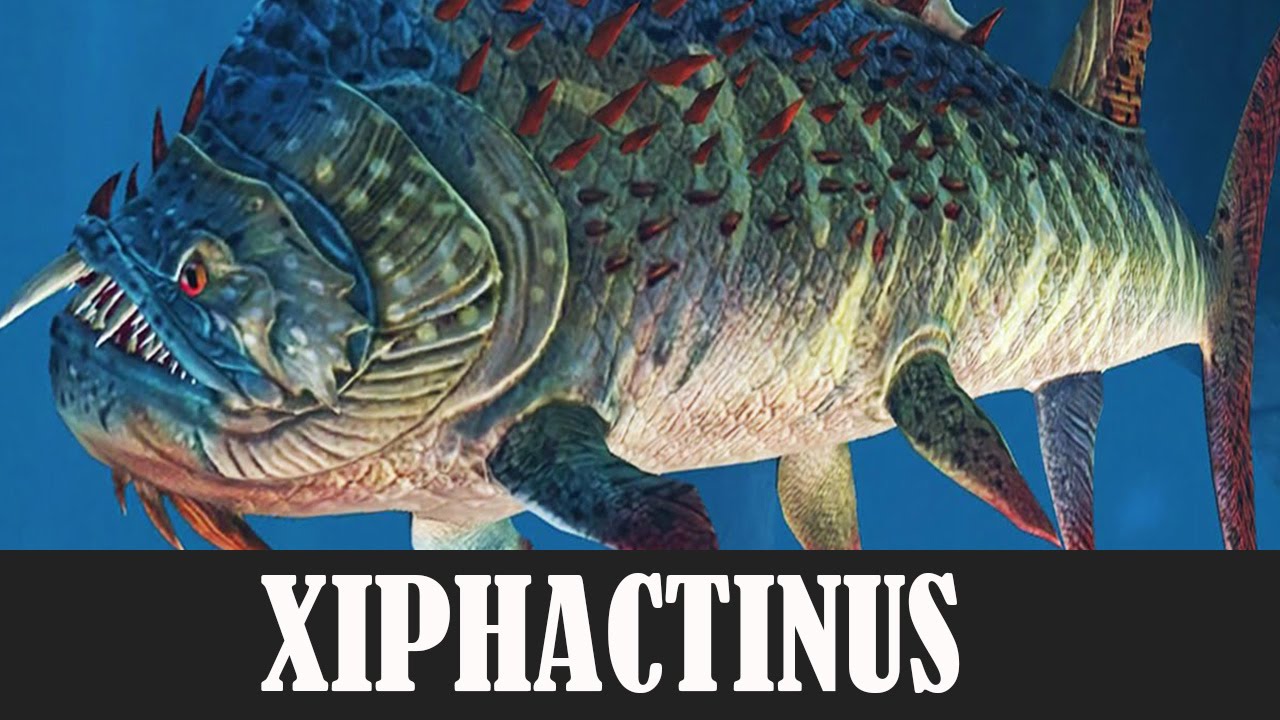